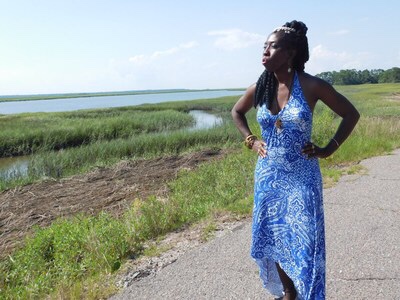 With almost a million people, the Gullah/Geechee Nation is one of the largest subcultures within the United States. This little-known indigenous group are descendants of the first African slaves and inhabit the Sea Islands off the Carolinas, Georgia, and Florida. In an interview in PATIENT SAFETY, their chieftess and head-of-state, Queen Quet, discusses why racial disparities exist in healthcare and offers strategies to improve care for minority patients.

Queen Quet Marquetta L. Goodwine—computer scientist turned head-of-state. Since 2000, she has led the Gullah/Geechee Nation, a group of more than 1 million inhabitants on the southeastern shores of the United States. She sat down with Editor-in-Chief Regina Hoffman to discuss life on the Sea Islands, strategies to improve care for minority patients, and how one Gullah/Geechee native launched a national movement to defend workers’ rights—and why you have never heard about it.

A lot of people in the Black community don’t want to have anything to do with the medical field because of medical apartheid [unethical human experimentation]. There’s a historical legacy of being used,” Queen Quet explains. “If you really want to bring about equity and equality, you will put your heart and soul into it. Be active. Be involved. That’s the greatest investment you can ever make.”

Among her suggested solutions to healthcare disparities are making doctors more relatable, addressing the cost of medical education, and investing in communities of color.