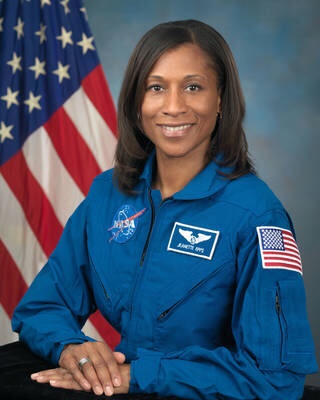 Earlier this week NASA shared that Jeanette’s assignment is none other than the Boeing Starliner-1 mission, making this her first flight into space.

The spaceflight will be the first for Epps, who earned a bachelor’s degree in physics in 1992 from LeMoyne College in her hometown of Syracuse, New York. She completed a master’s degree in science in 1994 and a doctorate in aerospace engineering in 2000, both from the University of Maryland, College Park.

While earning her doctorate, Epps was a NASA Graduate Student Researchers Project fellow, authoring several journal and conference articles on her research. After completing graduate school, she worked in a research laboratory for more than two years, co-authoring several patents, before the Central Intelligence Agency (CIA) recruited her. She spent seven years as a CIA technical intelligence officer before her selection as a member of the 2009 astronaut class.

“NASA assigned Williams and Cassada to the Starliner-1 mission in August 2018. The spaceflight will be the first for Cassada and third for Williams, who spent long-duration stays aboard the space station on Expeditions 14/15 and 32/33.”

Epps took to social media to share the news:

“I’m super excited to join Suni Williams and Josh Cassada on the first operational Boeing crewed mission to the International Space Station,” she said in a video shared on Twitter, where she has more than 40,000 followers. “I’ve flown in helicopters with Suni flying and I’ve flown in the backseat of a T-38 with Josh flying, and they are both wonderful people to work with, so I’m looking forward to the mission.”

2020-08-28
Previous Post: Walmart Makes a Move to Support Breastfeeding- Thanks to Employee
Next Post: Florida Library to Hold Virtual Conference on Children’s Literature