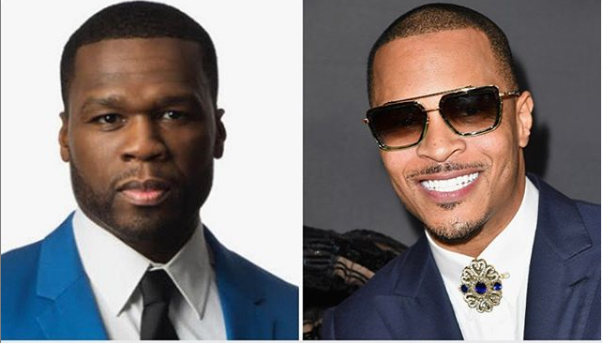 CBS All Access is developing a series with Tip “T.I.” Harris attached to star and Curtis “50 Cent” Jackson onboard as an executive producer according to Variety

The project is based on the book “Notorious C.O.P.: The Inside Story of the Tupac, Biggie, and Jam Master Jay Investigations from NYPD’s First ‘Hip-Hop Cop’” by Parker and Matt Diehl.

50 is also the executive producer for the hit Starz crime drama “Power,” which ended its run earlier this year after six seasons, and will now been birth four “Power” spin-offs starting with “Power Book II: Ghost” scheduled to launch in September. 50 Cents projects also include ABC drama “For Life,” which was recently renewed for a second season.

2020-08-27
Previous Post: The Black Community and the Criminal Justice System
Next Post: Black Owned Tech Start Up Connects Black and Brown to Work amid Pandemic

Comments are closed, but trackbacks and pingbacks are open.